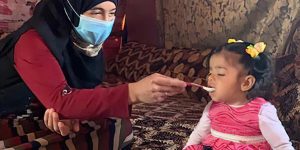 Cards, flowers, breakfasts in bed…Mother’s Day. A day to thank mothers for all they do for our families. But many a mother around the world will wake up to the harsh reality that she cannot easily provide the most basic of necessities for her family; food.

All around the world, mothers walk miles to access small amounts of food and clean water. They are forced to make difficult decisions like encouraging their child towards an education, or needing their child to work to help support the family.

These mothers are brave and strong. They give all they have for their families; making daily sacrifices to provide. This weekend, can you show your love women, mothers, grandmothers, who needs our support and a shoulder to lean on? A small amount helps in a big way. Together, let’s lessen her burden. Thank you. 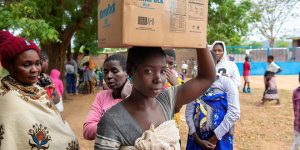 For many years, Feeding The Nations has partnered with Iris Africa Malawi. For over 17 years Iris has been caring for children and youth in one of the poorest and least developed districts in Malawi.

The effects of COVID-19 economically speaking have been severe, contributing to the decline of food security. Households dependent on domestic labor, casual labor, small business profits and tourism have in many cases, lost all income. When schools closed in March of 2020 to slow the spread of COVID, rural children immediately lost access to daily food. For some, it was their only guaranteed daily meal. Thankfully, the food sent by FTN has brought relief to some of the most desperate children in Malawi.

“MannaPack meals are a lifeline for many families around us. The evidence is clear; the fortified rice soy meals
significantly contribute to the strengthening of malnourished and sick children. They also serve to help healthy children remain strong to fight off infection and provide them with the energy needed to learn without being distracted by hunger.”

Thank you for your generosity toward the “least of these”. You are truly making a difference! 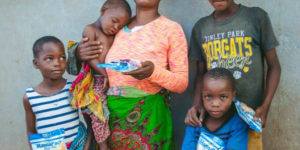 We recently shared an update from our partners in Malawi, Iris Africa. We have more good news to share from the work they are doing there. Every day, they are feeding orphans, widows and the blind, including Rose and her family.

Here is an excerpt from Iris Africa’s report:

Both Rose and her husband Jafeti are blind and raising four beautiful children aged 3 to 12 years. They live in the rural village of Bzirkunda in the southern district of Malawi. It is difficult for the blind to access education, find employment, and be accepted by society. Rose and Jafeti are among approximately 136,000 blind people in Malawi, 80% of whom suffered from cataracts or glaucoma and would have sight today had they received adequate health care.

Rose greeted us with a warm smile and welcomed each person individually according to Malawi culture. She tried her best to accommodate us by speaking English, putting into practice the education she once received. Rose had the opportunity as a child to attend a school for the blind and her success qualified her for secondary school. Unfortunately she was unable to complete due to a shortage of school fees. She fears that her own children won’t be well educated unless she is able to find money for school uniforms and resources. At the time of our visit her husband was away visiting his relatives in the neighboring district.

Begging from village to village has become normal practice for Rose. She admits it is a hard life, but she has no alternative – she must find food for her children. She comments about the kindness she finds in people and gives thanks to God.

Receiving MannaPack from the Iris Africa feeding program is a great relief. It means that Rose can stay home and focus her attention on nurturing her children and encouraging them to concentrate on their education. Rose shared how beneficial MannaPack meals are for her children. I questioned Rose as to how she measures its success. She said that by her touch she makes sure they are ok, and can feel the gained strength of each child.

Rose had prepared a braille letter of thanks. We watched and listened as her fingers moved along the embossed paper delivering thoughtful words of appreciation. Here’s a quote from her letter.

“Life is not easy for us who must beg in order to eat. There are no government support programs to assist, we are on our own. Thank you donors who have sent us food. Without this help we would be in great trouble.”

Long term solutions are needed to help the blind survive challenging conditions in one of the poorest countries in the world, but meanwhile, providing MannaPack brings tremendous relief. Rose shared her story in hopes that it will help donors understand the significance of their gift.

Thank you to everyone who helps make missions like this one possible. Together we can feed more families like Rose’s. To do so, click the button below and donate today. 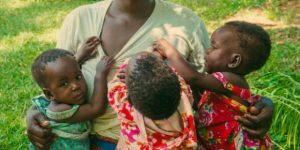 A year ago, our partners in Malawi, Iris Africa, told us about a set of triplets who were born into that scenario. And we have good news to share! 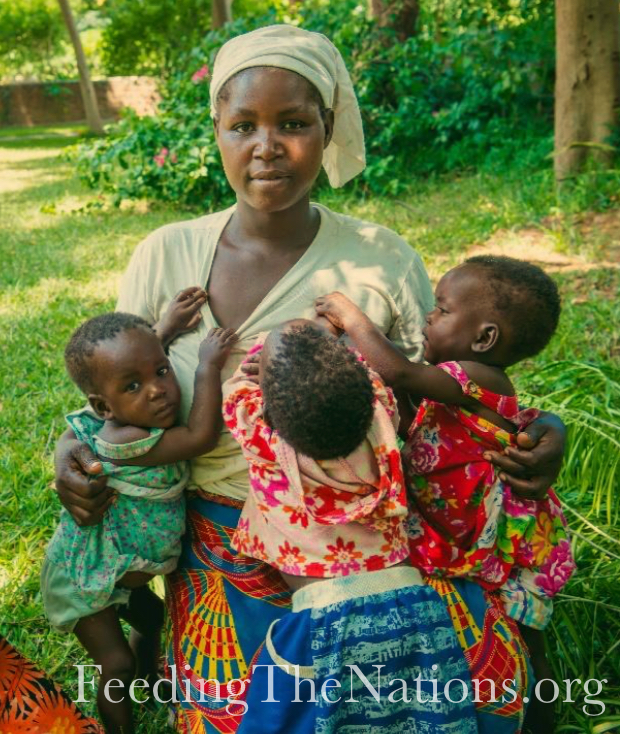 David Morrison, director of Iris Africa, shared this update with us:

A year ago I wrote about a set of triplets who were born in the midst of famine and hunger. Their father was already struggling to find food for his four older children when the triplets arrived. He came to me with their three tiny hats and their medical books as proof, and we were able to help with some baby formula to help them get through the nights and some MannaPack to support the mother’s health. Since then we have come to know this amazing family. The father always comes with a gift, some maize from his garden or some leafy greens. He is a hard worker who firmly believes in giving his first fruits to those in need. We have been able to support them regularly by providing MannaPack meals. While there have been plenty of struggles, all three triplets have survived.

Surviving is different from thriving. Sadly, many children in our region barely survive which means that their bodies are alive, but there are lots of physical losses which cannot be recovered. Children in our region often have very weak teeth for instance. Mental growth is delayed causing problems with memory and learning. Eye and skin infections are very common. This is partly caused by insufficient nutrients at an early age. 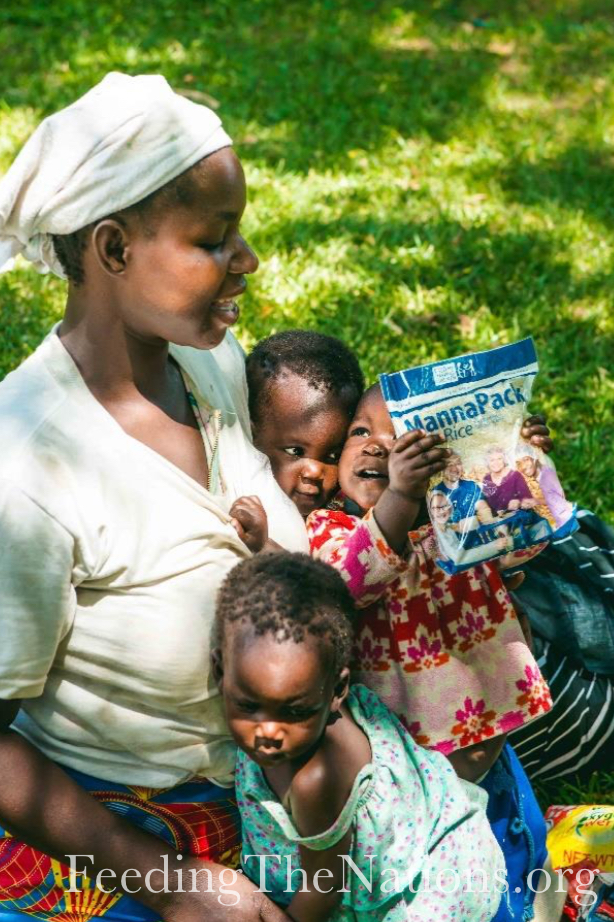 We are so thankful to be able to support families such as the Dunkalo’s with their 7 children. They work hard in the garden and only come when every other plan has failed. On our last visit, it was good to see the children smiling and interacting with each other. There is real love in this family, and though the kids are dressed in rags, they know they are loved. Love and food go a long way to move a child from surviving to thriving. Please continue to send this incredible life line which deeply impacts the lives of children here in southern Malawi.

Feeding nations of hungry people wouldn’t be possible without partnerships. For years now, we have had the honor of partnering with Iris Africa, located in Bangula in the most southern district of Malawi. Southern Malawi experiences regular crop failure due to extreme high temperatures, sporadic rains, and at times seasonal flooding due to rain run-off from higher elevations. Food security is a constant issue among the people of the Nsanje District. Most people are subsistence farmers and live off a dollar a day. Malaria is prevalent year-round.

Each month, Iris Africa distributes food that we send. Those receiving the food include the elderly, people sick with HIV/AIDs, widows, orphans, the blind and disabled. The majority of these households include grandmothers who are caring for their orphaned grandchildren. 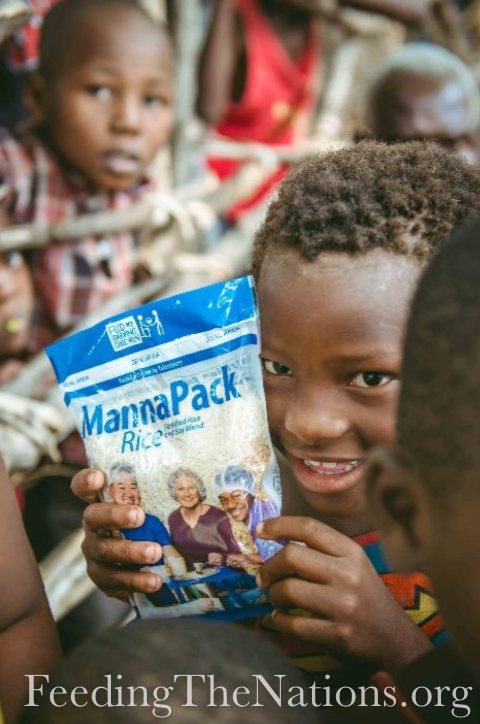 Iris Africa continually evaluates beneficiaries to ensure that they qualify for this program. At the same time, training programs are offered in areas such as farming, healthy living and life skills to help people move out of poverty and into a more sustainable future.

This work wouldn’t be possible without people like you who partner with us, so we can send food and supplies. So, we want to share with you a letter we received from David Morrison:

Thank you for sending the containers of MannaPack meals! The Lord has positioned us in the southern district of Malawi to care for the vulnerable poor. The food security situation has improved thanks to last year’s harvest, but many children still suffer with hunger here in Malawi, one of the poorest countries in the world. Life continues to be a struggle for elderly widows caring for their orphaned grandchildren, the blind, the lame, single parent families, and the sick. Iris Africa has the privilege of serving these precious people, and extending the grace of our Lord Jesus to them. This task is overwhelming at times, but we continue to do what we know, following the example of Jesus to love the one in front of us.

Thank you very much for providing MannaPack fortified rice-soy meals for the people of Malawi. You have trusted us with the opportunity to bless the poor. By working together, we can make a difference, one child at a time. 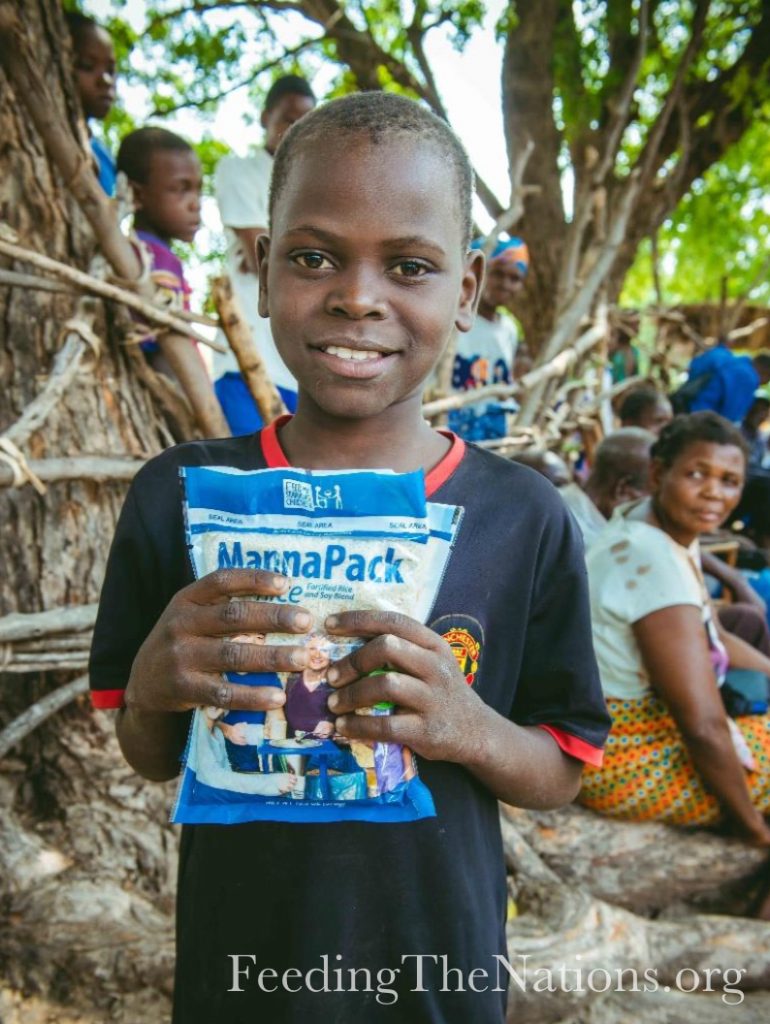 Thank you for helping us send food to our partners like Iris Africa. But let’s do more. Click the donate button below and together we can feed more families like the Dunkalo’s. 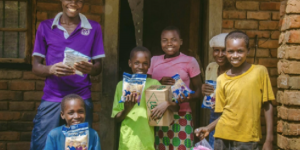 Wondering what impact your donation to Feeding The Nations makes? It helps people like Velia—an elderly grandmother in Malawi who cares for her 5 orphaned grandchildren. She is frail and no longer able to work as a farmer in the fields, but she is very capable of providing a safe shelter for her grandchildren. 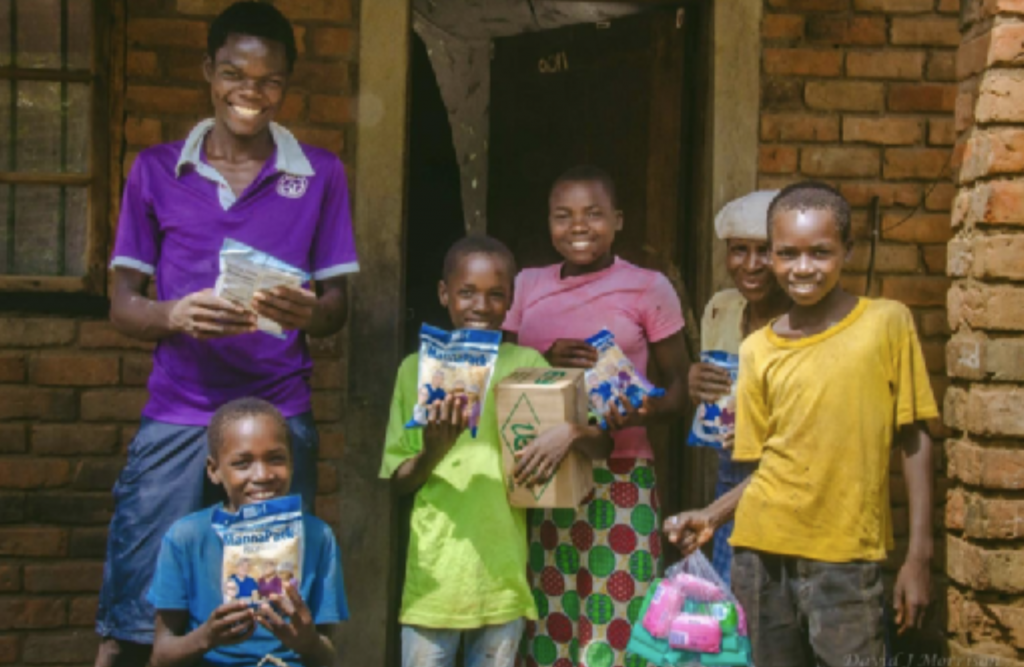 She is thankful that her grandchildren are able to attend the local primary school where they receive food each day. She is hopeful that the education they receive will make them strong for the future.
Last year Velia became extremely ill and the family feared the worst. It is hard to imagine life without ‘agogo’ here. She is the one who holds the family together and no one was prepared for her to die. Thankfully, she recovered and continues on serving her family.
She and the children really enjoy eating the rice/soy meals. Agogo says, “The food is good food – it makes us strong” and strength is what is required for Velia and her five grandchildren.
Thank you to everyone who donated to make missions like this one possible! Want to feed more people like Velia and her grandchildren? Click here: