You are here: Home / Archives for Missions / Syria 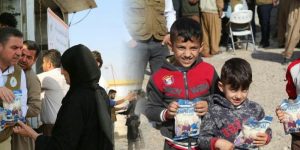 During the ISIS attacks in Syria and Iraq, people were forced to flee and sought safe haven wherever they could. The large number of Inter Displaced Persons and Refuges in the region led to the establishment of many camps in the Kurdistan region of Iraq. One of our partners, Barzani Charity Foundation, is currently managing 13 camps. Right now, 21,749 families are living between the 13 camps.

Qasim*, is a father with special needs, he has 3 children and a wife. They are living on Sinjar Mountain. They fled from Sinjar city to the mountain during the ISIS attack. He is physically disabled, he cannot walk or work. He is not able to provide his family with their basic needs.
The food boxes provide them with necessary food items. It is not a stretch to say that without the food assistance Qasim’s family would not be able to survive.

Layal* is a single mom, whose husband was killed by ISIS. She lives in a refugee camp with 3 daughters and disabled son. She is working on daily basis in a center inside the camp, but her salary doesn’t cover the needs of her family and her son’s medications. Receiving food boxes has had a great impact on her life and her children’s lives by filling gaps of their needs in food items. She is so grateful.

Fatma*, is a beautiful 9 year old little girl who lives with her family in one of the camps. During an ISIS attack on their town, her family fled their home seeking a safe place and came to one of the camps. When they arrived, they were in a very bad situation, arriving with nothing. After their arrival to the camp and receiving a tent, immediately they were provided with food boxes to save them from hunger.

Please pray for the Syrian, Iraqi and Kurdish people. Due to the recent military attacks from Turkey, many have been forced to leave their homes and flee for their lives, after having already survived unspeakable circumstances. The Barzani Charity Foundation is preparing for an influx of Kurdish and Syrian families who are fleeing the violence. The situation on the ground is dire and they need our support.  Please, give today. Thank you. 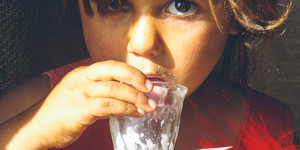 James the brother of Jesus tells us that “true worship is this, to take care of orphans and widows in their distress…” It is hard to think of a more stressful situation than that faced by the Christians of Iraq and Syria. They are hunted down, raped, sold into slavery, beheaded, starved, crucified…and they are our own brothers and sisters. Their situation is terrifying at best with no end or help in sight. 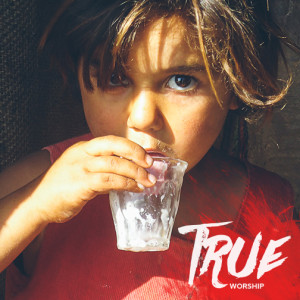 Sitting in the comforts of our homes or offices right now, it is difficult to imagine fleeing our homes with only our family and the clothes on our backs. We have not been faced with this choice, this necessity of flight as Syrians, such as the family in the video below, are doing right now.

Shown in this video is a Muslim Syrian family who left Syria a year ago fleeing the war, but mainly to escape ISIS. They lost one child to what was probably a curable illness. As the mother says in the video, “Every mother who loses one of her children, she hates life completely. But thank God.” Thank God indeed because even through this tragedy, the family has been open to the gospel of Christ because of the love and aid they are receiving. 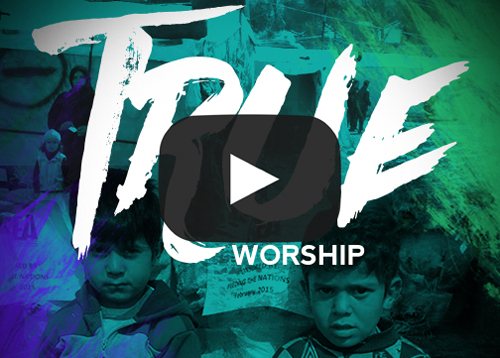 We have found a way to clothe and feed these desperate ones. We have teamed with Paul Wilbur ministries to get much needed help to these terrified families of the Middle East. Jesus said “whatever you do for the least of these my brethren, you do it for me.”

Please help today by visiting Wilbur Ministries’ website. Your donation of any size will speed much needed food and clothing to starving men, women and children who are being displaced by ISIS.

Don’t wait; give now to save precious lives, while there is still time. Thank you so much for loving our Messiah and making a difference today! 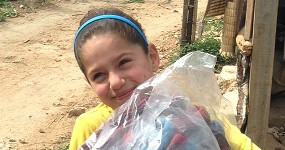 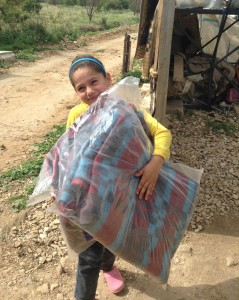 There are currently over 2 million Syrian refugees. Over 1 million of them are children. After hearing news reports of chemical weapons attacks, it is understandable why so many would be fleeing the nation for surrounding areas. But, the exodus is causing an unprecedented strain on neighboring communities and nations. Many of the Syrian refugees have gone to Lebanon, which currently has the highest number of refugees in the region and is now facing catastrophic problems as a result.

Some have become so desperate that they have begun selling or leasing their children to earn money and provide for their families. George Saad, president of TREA recently said. “The situation in Lebanon is getting worse by the day, as a larger number of refugees are entering the Lebanese territory fleeing from the war in Syria. And as their duration here is being extended with no means of earning money, their desperation is so deep,” He goes on to say, “We have been recently confronted with the issue that many Syrian refugees are ‘selling’ and ‘leasing’ their children in return of money so that they can make ends meet. A mother ‘leased’ or should I say ‘mortgaged’ her 11-month-old daughter to a neighbor for the amount of $400 so that she could buy medication for her dying father. Mothers and fathers are literally ‘selling’ their daughters as young as 13 years old in return of money. Yes, the situation is worsening, be it socially, morally or financially.”

The UN Refugee Agency estimates that there are over 450,000 Syrian refugees currently in Lebanon.  With the recent chemical weapons that were targeted at Syrian civilians even more people are fleeing the nation and leaving behind everything, hoping to find better safer living conditions. Instead, they are faced with starvation, poor living conditions and no source of income. 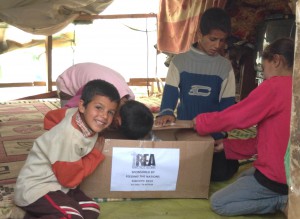 In an effort to alleviate some of their struggles, Feeding The Nations provided food and supplies to assist over 600 families and is preparing to provide more family boxes to those in need. FTN provided funding for hundreds of boxes of food purchased in country that included items such as rice, pasta, salt, sugar, flour, beans, oil, milk, blankets and mattresses. Pastor Saad reported that one of the areas that received a portion of the boxes was in such a troubled location that they had difficulties finding drivers and volunteers who would go distribute the food.

Our hearts break with the news of what is happening in Syria and Lebanon. We cannot even begin to personally understand the depth of desperation these families must be experiencing. We pray that this food will provide some relief for the refugees. We also pray that they will find comfort and hope in Christ.